Over the weekend The World Class Australia Top 100 Club for 2016 was released by Diageo.

Reading somewhat like a who’s who list of Australian bartending elite, the list has two notable inclusions in previous Australian winners and international competitors Charlie Ainsbury and Jack Sotti.

Both Sotti and Ainsbury discussed re-entering the competition with b&c magazine late last year, citing the desire to really push themselves against an international field of bartending elite as a motivating factor.

“I essentially just wanted to give it one more shot because I think I’m going to regret it if I don’t,” said Charlie Ainsbury, the 2014 Australian winner and co-owner of This Must Be The Place. “When I got to the top six, as soon as they announced the winner, my first thought was ‘I’ve got to do it again’.”

The Top 100 Class will be culled again to just 25 bartenders ahead of the Grand Final, to be held in Melbourne in April.

The Round Two challenge that will decide the finalists will be announced by Diageo in the coming weeks. 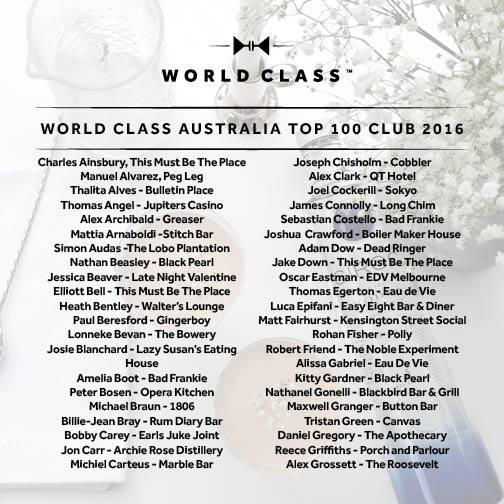 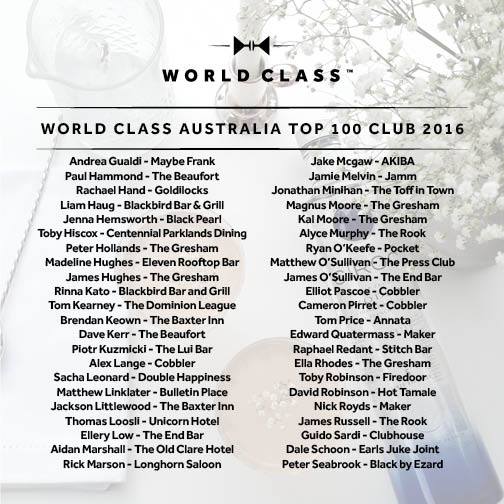 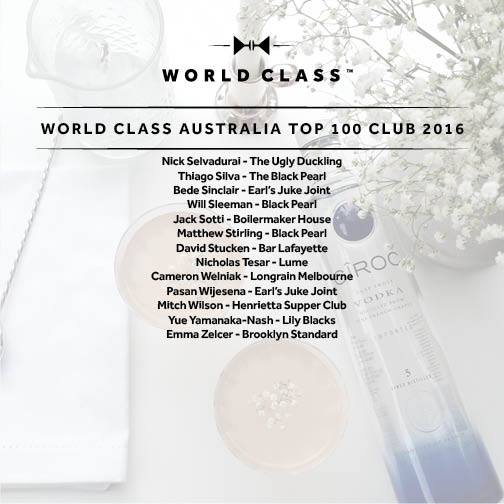